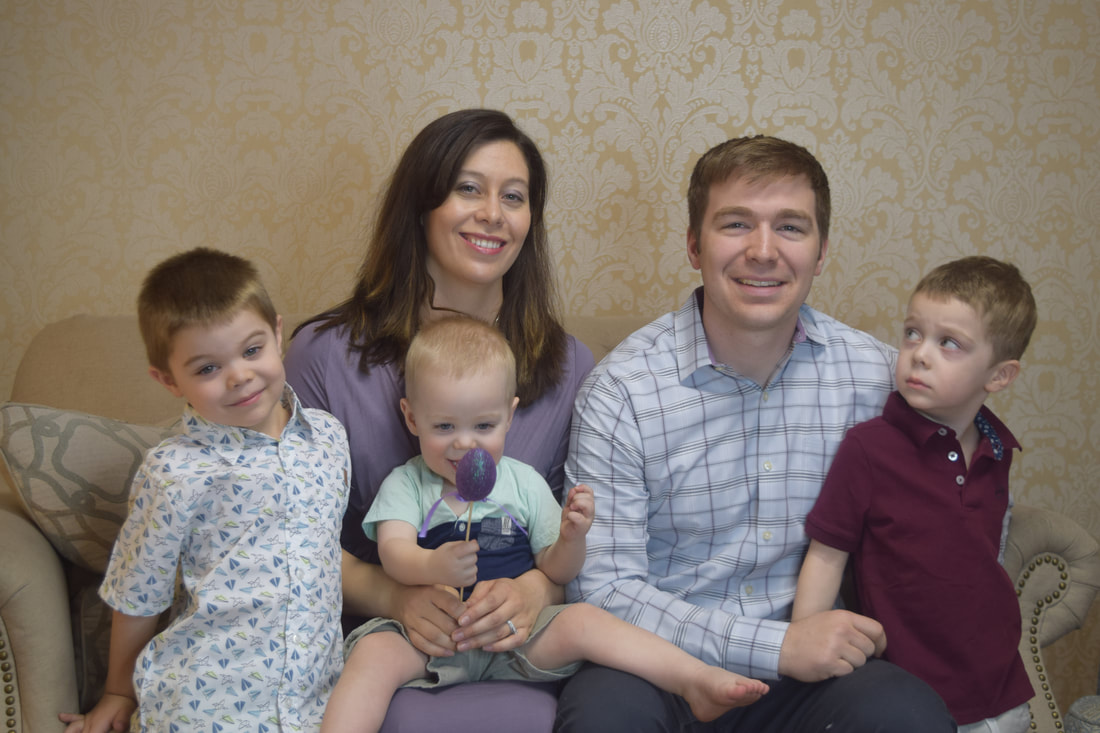 My mom and dad were reached by a Baptist preacher on visitation when I was very young, and since then, I was brought up in church. After the Sunday morning service on May 6, 2001 at Cross and Crown Baptist Church in Michigan, I talked to my Pastor about salvation. Although I had heard it many times, He told me the plan of salvation again, and I prayed in the front of the auditorium with my Pastor and asked the Lord to save me. That evening I was baptized in a horse trough.

Through growing up in church, hearing preaching, and personal devotions, the Lord continuously burdened my heart for the mission field of Mongolia. I was called to be a missionary at church camp in Tennessee when I was 10 years old. God moved us to Kentucky in 2001 where my family and I attended and still attend Bible Baptist Church in the city of Radcliff.

My Pastor gave me many ministry opportunities here throughout middle school and high school such as teaching and helping in Sunday school classes, running a bus route, soul winning, and preaching.

After graduating high school at Pensacola Christian Academy, I attended Golden State Baptist College in Santa Clara, CA the fall of 2009 to study missions. It was there that I met my wife Ashley who I married a few years later.

My mother raised me in church since birth with the help of her parents. When I was thirteen years old, on a Thursday evening before soul winning, I went to my pastor’s office to talk to him about my salvation. My pastor, Mike Ray at Hopewell Baptist Church, led me through the gospel, and I asked Jesus to be my Savior that night in his office. It was soon after this that Lord called me to invest my life in and help my future husband in whatever ministry God had called him to.

My schooling was a mixture of homeschooling, public school, and finally Hopewell Christian School where I graduated from. While at Hopewell, I had the opportunity to be involved in sports, fine arts competitions, college trips, and missions trips. The Lord allowed me to serve Him in many ways during this time in ways such as helping in junior church and Sunday school classes, soul winning, working on a bus route, and teaching.

After high school, I attended Golden State Baptist College that same fall. It was here that I met my future husband, Bradly Kubik who I married a few years later.

We graduated from Golden State Baptist College in 2013. After graduation, we worked at Bible Baptist Church as Assistant to the Pastor and Youth Director. We started deputation for the mission field of Mongolia in 2016. We have now been serving the Lord in Ulaanbaatar since August 2018.

• Only a handful of Baptist missionaries

• Only a few Baptist churches

• Work along side of veteran missionaries

• Preach and spread the Gospel

• Plant churches where needed most

Our Statement of Faith

We believe in the verbal inspiration and authority of the Bible.

We believe God has preserved His Word for the English-speaking people in the King James Bible 1611. We believe that the Bible reveals God, the fall of man, and the way of salvation.

We believe in God the Father, God the Son, and God the Holy Spirit. All are co-equal and co-existent.

We believe in the virgin-birth of the Lord Jesus Christ and His bodily Resurrection from the dead.

We believe that Salvation is by grace, through faith, in the atoning work of Christ alone.

We believe that scriptural baptism is by immersion.

We believe in the visible, personal, and pre-millennial return of Jesus Christ.

We believe all believers are called unto a life of separation from worldly and sinful places and alliances.

We believe that true Baptists are not protestants and that our doctrine can be traced back to the teachings of Christ and His disciples.

We believe in personal and ecclesiastical separation from those who do not adhere to the doctrines of the Bible.